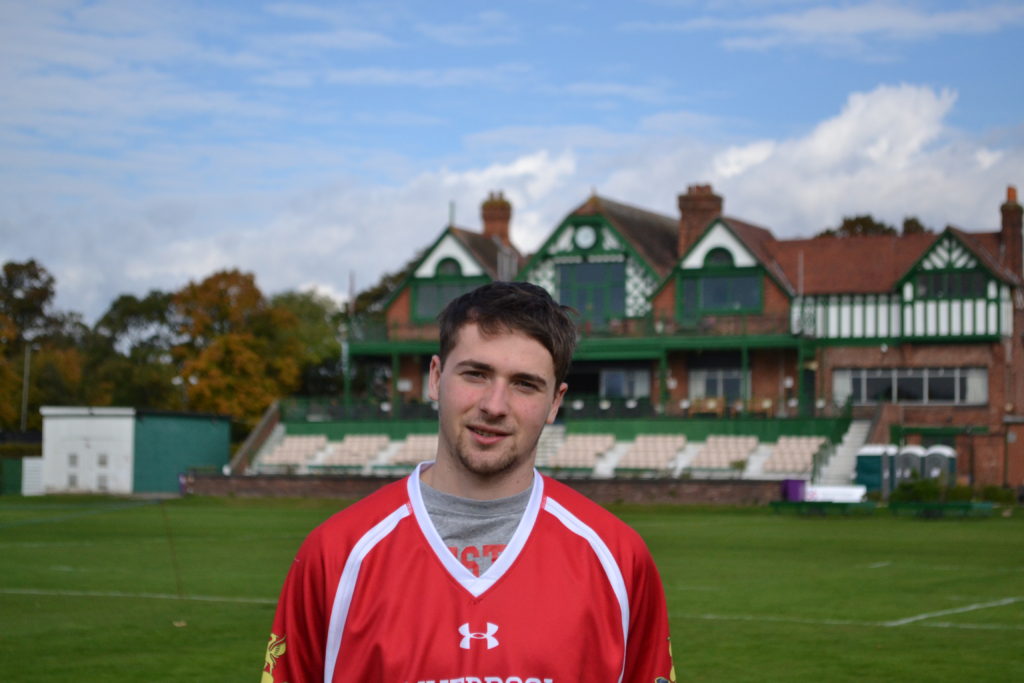 With the new season upon us, Liverpool Men made the familiar opening weekend trip to Cheadle Hulme in search of a quick start to their Championship ambitions. With muggy conditions overhead, Liverpool short on poles in defence, and a spongy pitch making groundballs that little bit more challenging, the game was always going to be about composure in attack and with the ball in possession.

And so it proved. Sam Miles, returning from his month-long sabbatical plying his face off trade in Isreal, showed just why he was voted Midfielder of the year last season, dominating the face-off from the very first whistle. Liverpool got into their groove quickly and neatly passed the ball around the attack looking for the opportune moment to strike. Despite several openings, however, the Cheadle Hulme Goalkeeper made a string of impressive saves to frustrate the attack before Cheadle Hulme finally took possession and mounted their first offensive. The Liverpool defence, shorn of the extra pole, we slightly rusty in their slides and allowed Cheadle Hulme to sweep down the left flank and power in two outside shots from 15 yards.

Despite outshooting Cheadle Hulme seven to two, the away team found themselves on the wrong end of a 2-0 scoreline and with some catching up to get back in the game. Unperturbed, the attack refocused and set about their work with relish.  Pulling the Cheadle Hulme defence from side to side, and creating the time and space to allow the attack to finish neatly past the keeper, Liverpool drew level in a matter of minutes, with the second goal followed by a late hit from a Cheadle Hulme defender and Liverpool’s first man up play.

At that point the game turned, Liverpool, often profligate in possession when an extra man up last season, powered through to two goals in two minutes before rounding off the quarter with a final blow to finish the period 5-2 up and with all the momentum. As the second half wore on, Liverpool continued to dominate, holding possession, working the defence before taking their chances with aplomb and finishing the half 8-3, firmly in the comfort zone.

It was not to last. Despite starting the 3rd quarter where they left off and extending the lead to 11-3 in no time, the febrile atmosphere began to take over, with penalties racking up on both sides, breaking down the momentum of the Liverpool attack and allowing Cheadle Hulme more and more time on the ball. Right before the whistle to end the quarter Cheadle made the breakthrough and finished neatly in the corner, picking up an extra-man opportunity to make it 11-4 going into the 4th.

The final 20 minutes mirrored the previous 10, with penalties breaking down play and not allowing either side to gain momentum. Liverpool however, were now giving away the lion’s share of fouls, and the Cheadle Hulme offence was grateful for the extra man opportunities, scoring all four of their goals on the man up with booming outside shots and no pressure. The threat came too late, however, as Liverpool continued to maintain their offensive threat and scored three goals to finish the game 14-8 and round off the game.

All in all a solid game for the men in red, with some well-worked attacks and resolute defence from minute 10-60. Game management under pressure and man-down defence will be looked at for that final period, but in the context of the game and as a first game of the season it is a huge imprevement from last year’s 9-7 victory.  Next stop, Wilmslow