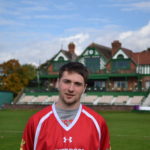 Liverpool were triumphant in a 16-2 victory against Ashton. There will not be a match report this week but Liverpool played some fantastic lacrosse in attack and acted in a professional manner throughout the game.

Man of the match is awarded to George Widdowson for a fantastic performance in place of Sam “Costa del Sol” Miles at faceoff, and another couple of sweet assists. 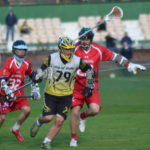 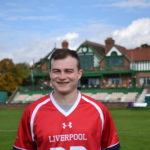 Liverpool hosted Wilmslow in a match that could have seen the merseyside club secure a strong position at the top of the table before facing off against league strugglers Stoke.

Unfortunately the Liverpool team started slow in defence and went on to concede a quick two goals. The Livepool attack meanwhile started lively but could not find that killer touch to capitalise on opportunities. This continued into the second half with the defence making glaring mistakes and the attack becoming more ragged to leave themselves with a mountain to climb at half time and the score 4-1 to Wilmslow.

After a frank discussion, the men in red regrouped and set about their task to reel Wilmslow in. Two quick goals in succession for Liverpool were met by one fast break by Wilmslow before a final goal by Ming Trinh to give Liverpool a glimmer of hope with the score  6-4.

The fourth quarter became a tight affair, with both sides looking to shut up shop at the back. Liverpool desperately sought a breakthrough, and it finally came through from another Trinh goal. Unfortunately, overzealous defence play from the restart saw Wilmslow immediately capitalize and restore their two-goal lead with less than 10 minutes to play. The Wilmslow defence managed to dig deep and held firm till the end and the game ended 7-5 to blow the group wide open.

An opportunity missed, and a match that could easily have been won had Liverpool managed the game as they did against Cheadle Hulme, but there will be more than one opportunity to top our group this season, and we will learn from this defeat.

Man of the Match goes to Sam Miles for winning every face off and executing his gameplan, even if no one else could :-s

With the new season upon us, Liverpool Men made the familiar opening weekend trip to Cheadle Hulme in search of a quick start to their Championship ambitions. With muggy conditions overhead, Liverpool short on poles in defence, and a spongy pitch making groundballs that little bit more challenging, the game was always going to be about composure in attack and with the ball in possession.

And so it proved. Sam Miles, returning from his month-long sabbatical plying his face off trade in Isreal, showed just why he was voted Midfielder of the year last season, dominating the face-off from the very first whistle. Liverpool got into their groove quickly and neatly passed the ball around the attack looking for the opportune moment to strike. Despite several openings, however, the Cheadle Hulme Goalkeeper made a string of impressive saves to frustrate the attack before Cheadle Hulme finally took possession and mounted their first offensive. The Liverpool defence, shorn of the extra pole, we slightly rusty in their slides and allowed Cheadle Hulme to sweep down the left flank and power in two outside shots from 15 yards.

Despite outshooting Cheadle Hulme seven to two, the away team found themselves on the wrong end of a 2-0 scoreline and with some catching up to get back in the game. Unperturbed, the attack refocused and set about their work with relish.  Pulling the Cheadle Hulme defence from side to side, and creating the time and space to allow the attack to finish neatly past the keeper, Liverpool drew level in a matter of minutes, with the second goal followed by a late hit from a Cheadle Hulme defender and Liverpool’s first man up play.

At that point the game turned, Liverpool, often profligate in possession when an extra man up last season, powered through to two goals in two minutes before rounding off the quarter with a final blow to finish the period 5-2 up and with all the momentum. As the second half wore on, Liverpool continued to dominate, holding possession, working the defence before taking their chances with aplomb and finishing the half 8-3, firmly in the comfort zone.

It was not to last. Despite starting the 3rd quarter where they left off and extending the lead to 11-3 in no time, the febrile atmosphere began to take over, with penalties racking up on both sides, breaking down the momentum of the Liverpool attack and allowing Cheadle Hulme more and more time on the ball. Right before the whistle to end the quarter Cheadle made the breakthrough and finished neatly in the corner, picking up an extra-man opportunity to make it 11-4 going into the 4th.

The final 20 minutes mirrored the previous 10, with penalties breaking down play and not allowing either side to gain momentum. Liverpool however, were now giving away the lion’s share of fouls, and the Cheadle Hulme offence was grateful for the extra man opportunities, scoring all four of their goals on the man up with booming outside shots and no pressure. The threat came too late, however, as Liverpool continued to maintain their offensive threat and scored three goals to finish the game 14-8 and round off the game.

All in all a solid game for the men in red, with some well-worked attacks and resolute defence from minute 10-60. Game management under pressure and man-down defence will be looked at for that final period, but in the context of the game and as a first game of the season it is a huge imprevement from last year’s 9-7 victory.  Next stop, Wilmslow

The first game of the season: adrenaline racing, nerves flying, excitement reaching its height. As Stockport could only field a team of 10, Liverpool agreed to match their numbers to kick start the season. With a number of new players joining us with varying levels of previous experience, this was an energetic, if exhausting, introduction to Liverpool Ladies.

Right from the first whistle, both teams got stuck in with enthusiasm. Dakota Chamberlain was a powerful force on the draw. Despite the opening goal going to Stockport, Liverpool rallied straight away with a fantastic goal scored by Ashley Bruen on a fast break. However, a thirst to score early on this season at times hindered a structured and controlled settle from the Liverpool attack, meaning that Stockport were able to turn the ball over. Despite valiant efforts from the defence, and goalkeeper Katherine Hughes, a number of Stockport goals went in without a Liverpool reply thanks to their sharp shooting and fast feet.

Rallied at half time by captain Alexandra Farrington, the Liverpool defence was reinvigorated for the second half and applied high pressure to the Stockport attackers, effectively slowing them in their tracks and allowing the Liverpool team to begin to take more control back in front of the goal. Katherine Hughes continued to put her body on the line, coming out of the goal fearlessly on a number of occasions to thwart the Stockport agenda, and the experience of Bethan Keenan was invaluable in bringing together the defensive unit.

Liverpool newbies Emily Tootle, Meg Hopkinson and Lucy joined forces with Dakota and Ash in the midfield to drive the ball back towards the Stockport goal, thankfully being rewarded later in the game with a goal from Dakota Chamberlain. As the final whistle crept ever closer, the game felt more evenly matched than the score line suggested as Liverpool managed to lift the tempo to apply pressure right up to the final whistle.

A big learning curve, but a valuable experience to kick off the season. Bring on the next game! Player of the match was Katherine Hughes for the attack and force she applied in goal which doubtlessly prevented many more goals being scored and for her ability to calm and control the game with her patience with her clears.